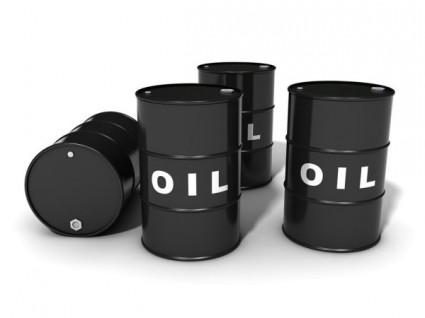 Nigeria crude oil production output declined marginally by 0.02 percent in October to 1.93 million barrel per day (mbpd) compared with 1.95 mbpd in the previous month, data from the Central Bank of Nigeria (CBN) has shown.
Africa’s largest crude oil producer output in October, include condensate stood at 59.83 million barrel, while export figure 1.48 mbpd during the month.
Crude oil export was higher in October by 1.4 percent compared with the previous month’s figure, the economic report of the CBN stated. The export figure for September was 1.46 mbpd as against 148 mbdp in October.
The allocation of crude oil for domestic consumption was 0.45 mbd or 13.95 mb in the review month.
However, despite the increase in export figures, Nigeria earned less amount of revenue from oil export in the month as price decline impacted the income figure.
Oil prices slumped by 6.4 percent in October as the average spot price of Nigeria’s reference crude oil, the Bonny Light decreased to $61.10/barrel in October, compared with $65.28/barrel recorded in September.
“The fall in crude oil price was due, largely, to low demand for crude oil, as a fallout of the trade war between the US and China,” the report noted.
Meanwhile, Nigeria’s excess crude account stood at $324.54 million as of November 20, the accountant general said on Thursday.
Ahmed Idris gave the figure during a meeting of the country’s National Economic Council. The oil savings account, which holds dollar reserves from sales of crude above the assumed benchmark price, contained $1.92 billion as of June 2018.
The council also resolved to invest $250 million in the country’s sovereign wealth fund and consider ways it can leverage a portion of the country’s pension assets for co-investment with the fund.

Nigerian economy: Averting the dooms ahead

FEATURES: How Covid-19 Made Heroes Out Of Many, Brought Out The Worst In Others

Nigeria Could Slide Back To Recession, Becomes Home To 25% Of World Poor~ W/Bank

Get the best viral stories straight into your inbox!

Do not worry we do not spam